All About The Banh Mi Sandwich: History, Ingredients, and More

The banh mi sandwich is a favorite on our menu.  It’s light enough for lunch but filling enough for dinner.  We can prepare it with a variety of protein options to suit all different diets.  Our vegetarian and vegan Banh Mi options are particularly well-known around St. Louis.  It’s perfect for any time of year, hot or cold, inside or out.  A combination of French and Vietnamese cuisine, this delicious sandwich has an interesting history and a bright future. 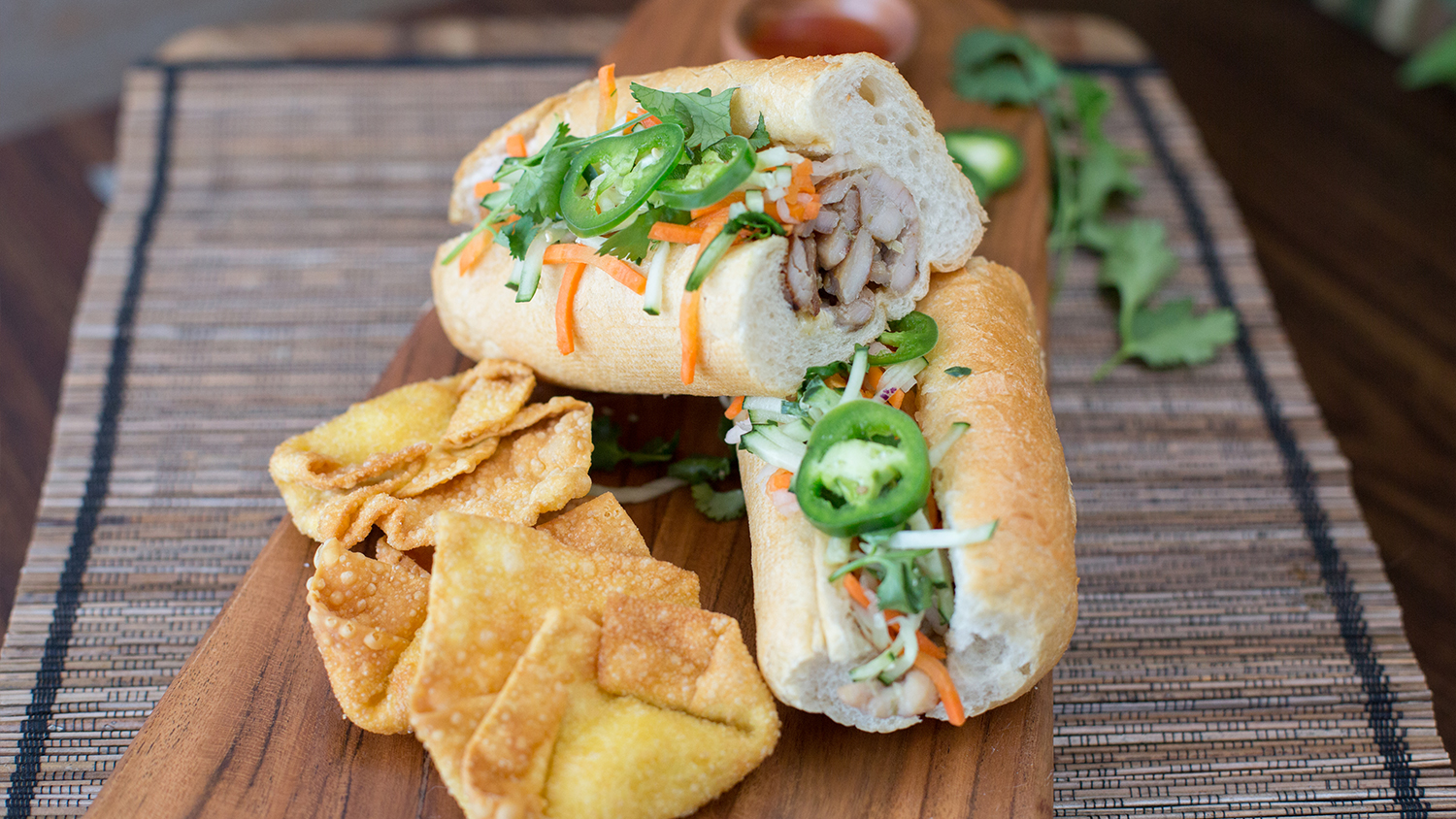 The banh mi sandwich originated in Saigon in the 1950s.  Prior to that, Vietnam had long been a French colony.  During this time of colonialism, the French baguette was introduced, and became a major part of the Vietnamese diet.  For a long time, the Vietnamese ate baguettes in much the same way as the French: served alongside a platter of meats, cheeses, and butter.

But the banh mi sandwich changed that.  Mr. and Mrs. Le are credited with creating the first banh mi sandwich in Saigon.  They took those same ingredients that had been eaten for decades (baguette, meats, cheeses) but made them portable, by sandwiching the other ingredients inside the bread.

The sandwich quickly grew in popularity.  It wasn’t long before it was the featured dish of food carts and restaurants all across the country.  And then later, after the fall of Saigon in 1975, it began to spread across the rest of the world as well.  People across the globe were introduced to, and took a liking to, the banh mi sandwich.

components of a traditional banh mi?

A banh mi traditionally is composed of a handful of ingredients: bread, meat, vegetables, and condiments. The bread is a Vietnamese baguette, which is characterized by a thin, crispy crust and airy crumb inside.  Meats can vary greatly between establishments, but generally a collection of cold cuts is considered to be the most traditional filling for a banh mi.  Vegetables like cucumber slices, cilantro, and shredded carrots and radishes are the most common. The condiments on a banh mi can again vary, but spicy chili sauce and mayonnaise are a couple of the most widely used. 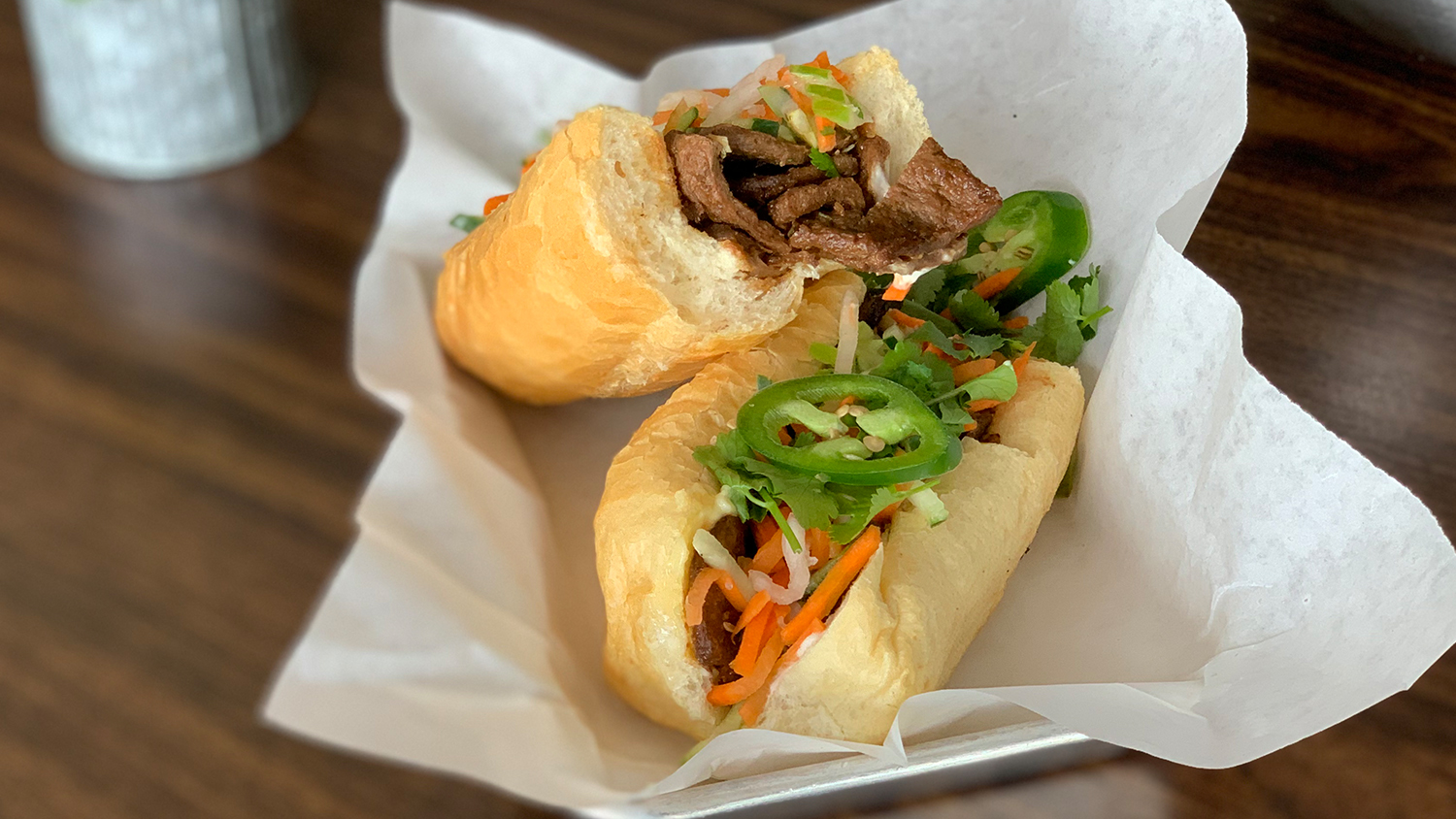 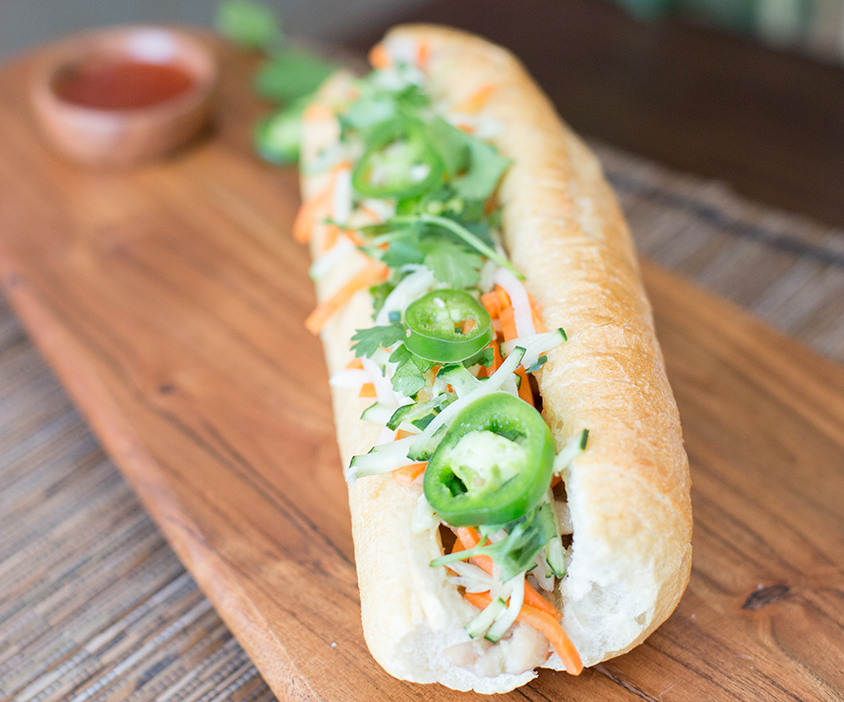 Here at DD Mau, we have maintained many of the traditional elements of the banh mi while still making it our own. Our banh mi sandwiches are served on a fresh baguette with vegetables and herbs, along with your choice of protein.  The protein options is one of the ways we set ourselves apart, by offering a range of vegetarian and vegan options.  DD Mau is the place to go in St. Louis to find a vegan banh mi!

So whether you are a banh mi aficionado or have never had one, your next sandwich should come from DD Mau.  We use our signature fresh ingredients and provide our fast and friendly service to make delicious banh mi sandwiches for lunch, dinner, and beyond.